[nextpage title=”SHORT DESCRIPTION”]The unit “Intercultural Conflict Management” will introduce you to some challenging elements in Intercultural Communication. The unit will show what can be the reason(s) for miscommunication and will exemplify the different approaches cultures have towards conflict strategies. The last section will give tips how conflicts can be prevented.

Take just a minute to reflect: What do you think: are misunderstandings between people from different countries always a question of culture?

Each person has his or her own set of values, norms, beliefs and attitudes which are due to his or her cultural background. These elements are part of our orientation system and help us to understand the world we live in. They guide our perception of the world around us. So, depending on our own culture, we will interpret other people’s visible behaviour differently. It is like having our own cultural glasses through which what we see becomes more or less strange, or more or less acceptable to us.

However, how we act and react is not always deducible from our cultural background only. Our actions are always influenced by

When we try to understand why a misunderstanding with somebody from another country happened, we should consider all three aspects by asking:

Asking the questions helps to single out and focus on one aspect facilitating the understanding of its role in the whole situation (https://www.austausch-macht-schule.org/materialien/ikus ).

Just take minute to reflect: Imagine you have your weekly project meeting. You are all working on the application for an international project. As usual the meeting starts and everybody is chatting about this and that, maybe also about some tasks lately done for the application. Suddenly your team member from a German speaking country, who entered the room only shortly before and who seems to be rather upset, becomes quite agitated and shouts: “So now we should really start talking about the application. These meetings are always a waste of time!”

To what aspect do you attribute the behaviour of the team member: cultural, individual or situational?

You could perhaps think that the behaviour is due to team member’s culture. In German speaking countries, meetings are there to talk about the topics related to the agenda of the meeting. Time is precious and “wasting” time maybe with some introductory small talk can be a cause of dissatisfaction. In this case, however, the upset state of the team member when entering the room could also induce to another interpretation. The outburst could also be attributed to a stressful situation on a personal level.

When culture is the basis of the conflict, then it is the cultural behaviour of at least one of the counterparts which makes the other feel uncomfortable, irritated and even hurt, thereby causing emotional reactions (Barmeyer, 2012, 34).

Intercultural conflict “is defined […] as the perceived and/or actual incompatibility of values, expectation, processes, or outcomes between two or more parties from two or more cultures over substantive and/or relational issues” (Ting-Toomey, 1994, 360). Not all situations of intercultural miscommunication lead necessarily to a conflict. However if misunderstandings remain unclarified in the long run they can evolve into an interpersonal conflict (Ting-Toomey, 1994, 360). According to Barmeyer (2012, 34), in contrast to intracultural conflicts, intercultural conflicts often are characterized (at least originally) by the will and readiness of the parties involved to communicate. This means that involved parties do not avoid communication. On the contrary, the involved parties often communicate, but this happens “intuitively”, according to the own communicative habits and unaware of the elements that may lead to a conflict in an intercultural communication situation. 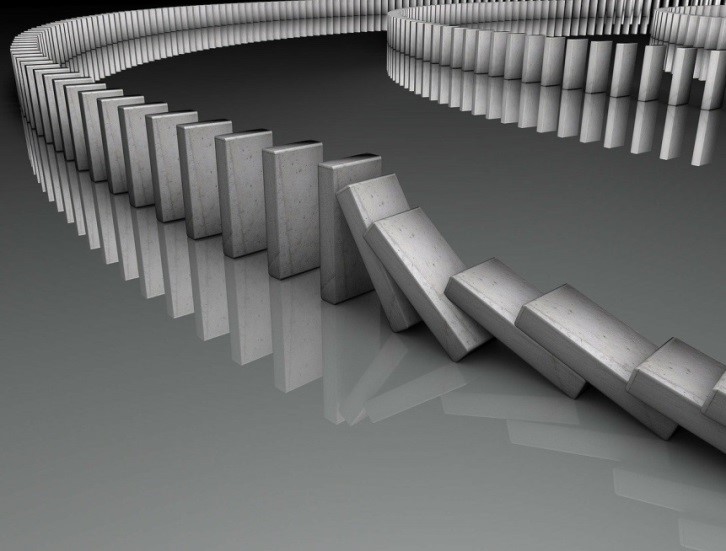 Which are the elements that may lead to a conflict situation?

Especially if one of the involved parties does not meet the expectations that exist due to the cultural values, beliefs, norms and communicative habits of the counterpart, a conflict can easily arise [see Iceberg Model Unit 1 LINK]. The root of a conflict can often be explained by considering the different culture-specific manifestations of cultural dimensions [see Dimensions Unit 1 LINK].

Just take a minute to reflect: Imagine you work on a project together with other members of your volunteer organization. Although you all agree on the fact that it is important for your organization to look for new international contacts, you strongly disagree on the strategy how to approach new international organisations. Do you think that going through a conflict can be a way of finding a suitable solution? Or is a conflict only endangering the social harmony of your peer-group?

How cultures approach a conflict situation depends very much on how conflicts are perceived and valued in that culture. There are more individualistic cultures (like Germanic cultures) that foster a “positive” attitude towards a conflict. That means that in the perception of those cultures a conflict can be beneficial to the development of the situation if appropriately tackled. These cultures may see the reasons of a conflict rather in misunderstandings about beliefs, topics, goals, matter of things etc. Other cultures, like collectivist Asian ones, experience a conflict as an interference in established relationships threatening the harmonious social coexistence. These cultures feel that the cause of a conflict lies more in a disturbed group atmosphere and relationship (Kammhuber, 2005, p. 298f.; Ting-Toomey, 1994, p. 364)

How a conflict is handled has also much to do with the understanding of the “self” that is construed and perceived differently according to the own cultural background. In some more individualistic cultures, individuals see themselves as agents, as the ones who decide over a situation and their own actions. In these cultures, the self is autonomous (Ting-Toomey, 1994, p. 361) – the individual (“I”) stands over the group (“we”). In more collectivistic cultures individuals define themselves over group relationships. They build up their identity as a “connected self” (Ting-Toomey, 1994, p. 361). This means that they see each other as interrelated and focus on their common needs. In these cultures the group (“we”) stands above the individual (“I”).

Based on these conditions, individualistic cultures may rather pursue strategies of “verbal offence and defense, to justify one’s position, to clarify one’s opinion, to build up one’s credibility, to articulate one’s emotions, and to raise objections if one disagrees with someone else’s proposal” (Ting-Toomey, 1994, p. 367). Those cultures are strongly solution oriented. Collectivist cultures, on the other hand, will rely more on indirect verbal messages (for example metaphors, changing topics), non-verbal signs and silence to show, for example, hesitation or uncertainty. 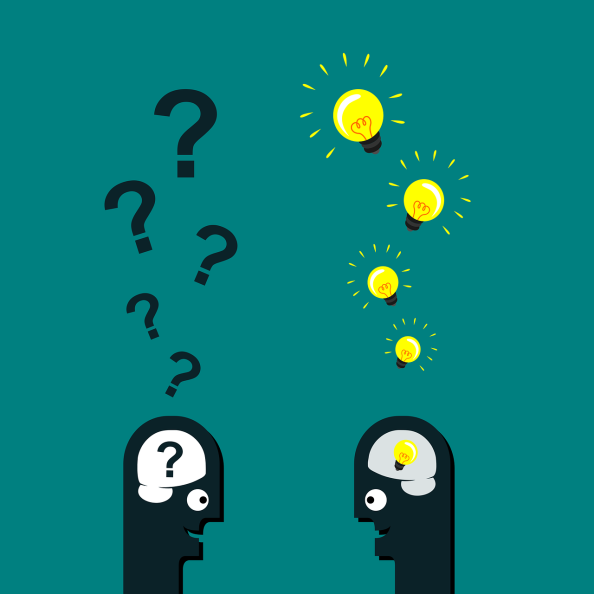 Just take a minute to reflect: Imagine this situation: You work with your team on the application for an international project. Your team consists of people from Austria, Italy, Spain and Greece. Submission is in a month’s time. However you see the risk that the deadline will not be met. What can you do?

In order to identify conflicts in general, and intercultural conflicts especially, the challenge is to recognize early the conditions and situations in which conflicts can arise. As already mentioned, conflicts often arise because expectations are not fulfilled. You know that because of their cultural background your team has different understandings about time management and the importance of personal relationships. In this situation it will be helpful to have a meeting with all project partners. During this meeting try to establish trust and rapport to Italian, Spanish and Greek partners. Strengthening the personal relationship will help them to commit to the partnership and give you more assurance that the partners deliver on time. Prepare clear material to hand out. It should contain information about timelines, goals, project administration. This will give your German and Austrian partner enough assurance about the project schedule and content in order to being able to focus on the tasks.

Perhaps you ask yourself, what are the signs of a latent intercultural conflict?

They probably aren’t very much different from those between members of the same culture. So this could be lack of reliability, smaller “mishaps”, hostilities towards colleagues and the like (see also https://www.umsetzungsberatung.de/konflikte/konfliktpraevention.php).

(For this section see also Ting-Toomey, 2001, who describes it in a similar way). 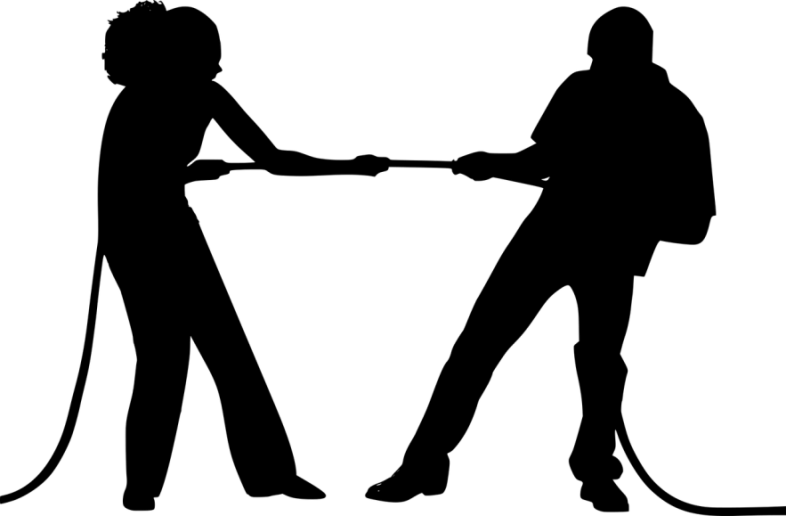 In summary: Like in conflict situations with members of your culture, it is also best to take a communicative approach when dealing with intercultural conflict. Be open, address the matter before the issue reaches the deeper layers and solidifies. Accept that when it comes to discussing values there is no real “right” or “wrong” – it is in most cases a question of culturally based perspective and judgement that may be different from your own.

The author lists a number of challenges in intercultural communication and explains their reasons.

This article gives some information about how the involved parties assess, perceive and manage intercultural conflicts according to their cultural background.

This article shows the importance of the cultural dimension “Individualism – Collectivism” when it comes to finding reasons for different approaches to conflict solution.

This book helps to understand the cultural basis of intercultural conflicts by applying theory to practical examples.

This pdf contains helpful topics about intercultural learning and its challenges

Interesting website on conflict prevention written from somebody coming from the business field.

Any cookies that may not be particularly necessary for the website to function and is used specifically to collect user personal data via analytics, ads, other embedded contents are termed as non-necessary cookies. It is mandatory to procure user consent prior to running these cookies on your website.